This year’s “The International” has nothing been but jaw-dropping, from crazy plays, a lot of mega creep comebacks, 200 IQ plays, a pair of new heroes, records were broken and new storylines were made. Let’s take a look back TI would not be complete without an underdog story. Infamous signed this roster less than two months ago, and a week later, this unproven mostly Peruvian roster stomped through the South American qualifier. Their only loss was a 2-1 to paiN Gaming, who they ended up beating 3-0 in the grand finals.

This team showed up to TI9 despite the disrespect towards the South American scene, held their own in the group stage, and then knocked out a Chinese roster and a Chinese organization with little to zero crowd support. The International is the biggest Dota 2 event of the year and widely regarded as one of the biggest events in esports.

In what is now an annual tradition, Valve has announced a new Dota 2 hero at the event: Snapfire. While details about her still aren’t clear, there is a lot of speculation going around the community based on the reveal video.

Snapfire was revealed through a short cinematic where she is seen baking cookies, before engaging in combat with Timbersaw and Batrider as they attempt to steal a basket of her freshly baked goods.

She appears to be an elderly Keen Folk who is related to Timbersaw, meaning her characteristics are likely to focus around experimentation and engineering, similarly to other Keen like Timbersaw and Tinker.

The newest addition to Dota 2’s roster is likely to be a support, as one of her abilities shows her throwing a cookie to Invoker, who instantly eats it and looks to speed up with renewed strength.

Her other abilities seem to include summoning a very friendly-looking lizard that can spit fire and burn the enemy hit over time.

She is also able to ride the lizard and keep up with a rapidly escaping Batrider, possibly hinting at a speed increase, as well as fire a giant machine gun mounted on the reptile.

Finally, Snapfire is armed with a handy shotgun that she uses to blast Timbersaw and knock him back, which could be one of her abilities or her auto-attack.

Valve has not yet confirmed any of Snapfire’s skills, stats, or a definite release date. However, she is scheduled to join the roster of Heroes in Fall 2019, which starts on September 23, so the newest hero may not be very far away. For the most part, the hero remained with their back turned to the camera – conjuring up portals and moving forward. Eventually, a figure was transported to the stage and, to the delight of the crowd, began warning ‘mortals’ about the upcoming “Great Confluence” before wielding a two-ended blade that appears to be their weapon of choice.

Unlike Snapfire, not much was on show for Void Spirit’s potential abilities or hints at what type of character they will be in-game – leaving the watching audience to make up their ideas.

However, we do know that Earth Spirit, Ember Spirit, and Storm Spirit all have their own elemental Remnants and can transform into a ball for a unique movement ability. Yet, with Void Spirit conjuring up portals in a trailer, it remains to be seen as to what their Remnant and transportation ability will be.

In even better news for eager Dota fans, both characters have been announced for DOTA Underlords – the popular mobile game.

Just when they will grace the battlefield of either title is still up in the air as no official date has been announced past the vague ‘Coming Fall 2019’ teaser.

It would be best to load up your steam wallet before these two new heroes come out because Valve usually adds a new set and arcanas. What better way to load up your steam wallet by using wallet-codes for fast and easy transactions so you can snag the items as soon as they’re available. New sets on new heroes are the best way to win the mental warfare in games. OG won 2 TI’s because of their mental games. 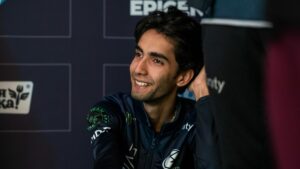 Evil Geniuses’ SumaiL became the first Dota 2 player to record 1,000 kills at The International.
It’s an impressive feat, considering Sumail’s 1st The International was TI5. The next player close to his Record is Somnus’M with 959 kills.

Even though Team Liquid couldn’t secure their second Aegis of Champions, their captain, Kuro “KuroKy” Takhasomi put himself a cut above the rest by breaking the record for 200 games played at The International 2019.

As one of the two players to have attended every International since the tournament began in 2011, KuroKy is the first player to reach 204 games played on Dota’s biggest stage.

The race was a close one. KuroKy and former teammate Clement “Puppey” Ivanov handed the title back and forth over the course of their stay in Shanghai. Both veterans had the chance to break 200 games played up until Liquid and Team Secret clashed in the lower bracket’s semifinals.

Back to Back Champs and 1st TI TWO timers OG is the first back-to-back TI champions after beating Team Liquid (3-1) in TI9 Grand Finals. After their game against Evil Geniuses and PSG.LGD, they finally won a game that was not a TI8 replay for them since upper bracket round 1.

After losing their first game against Team Liquid, OG seemed untouchable sweeping Team Liquid 3 games in a row where Team Liquid could not exceed the 20 kills mark.

Professional Dota 2 squad OG instantly became the highest-earning esports players in the world with a second International victory at TI9, taking home over $15 million for their victory. The International is Dota 2’s biggest and most prestigious tournament of the year, one which has a small base prize pool set by developer Valve that is then added to with crowdfunding from the game’s passionate fanbase.

The International 2019 surpassed the Fortnite World Cup to have the highest prize purse in esports history with over $33 million in prizes when it began in Shanghai earlier this month. While the chance to become instant millionaires was always a great selling point, many Dota 2 fans also believed TI9 to be the tournament that had the best chance in the game’s history of crowning a repeat International winner. Up until today, no single player had ever repeated as an International champion, let alone an entire team. Coming into the event, OG were discussed as threats but often favored less than more in-form squads like Team Secret and LGD.PSG.

JAKARTA: Although the past two years have been challenging for businesses across the globe, with ...
By Saadah
June 28, 2022