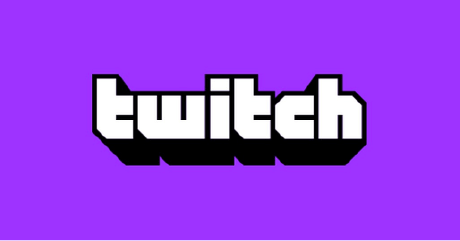 With more and more people staying home due to the global pandemic, these names have seized the day and are growing brands on Twitch

Twitch streams have become the go-to source of entertainment for many people in the trying times that is this global pandemic. With many people longing for interaction, streams have become a way to serve as a platform for both entertainment and socializing. These streamers have made the best out of  2021’s bad situation and have built huge communities to support them:

Variety and Just Chatting streamer Masayoshi injects loads of energy into his streams on a regular basis. Well entrenched alongside popular streamers, QuarterJade and peterparkTV, in the Twitch world, Masayoshi is definitely enjoying his meteoric streaming rise. With 446k followers as of writing, the number will surely continue to rise with his infectious personality. He has even worked with members from the world famous Offline TV members like LilyPichu and Scarra.

The Chess renaissance in the streaming world is largely attributed to Hikaru Nakamura and the Botez sisters. Alexandra Botez, the older of the two, is a force in the Chess community already with a Woman FIDE Master title to her name and numerous others after starting her career as a 15 year old. Andrea, the younger, is barely out of high school but has proven to be on the intellectual level of her sister when it comes to her Chess IQ despite not having any competitive experience yet.  The Botez sisters fully took advantage of the surge in interest for Chess with their channel ballooning to nearly 1 million followers to date. The sisters provide a highly accessible, informative, and entertaining way to appreciate the beautiful game of Chess.

Tectone has been a content creator for gacha games for a while now with ArkKnights and other games. At one point in his life, Tectone even ended up homeless due to his gacha addiction. But it was through Genshin Impact that he finally reached for the stars. Being a fan of wrestling, Tectone plays around with a flamboyant persona to gain more traction around his content. He is currently one of Genshin Impact’s most popular streamers on Twitch and YouTube. Tectone has even garnered the attention of the popular Anime podcast Trash Taste featuring the likes of Gigguk and The Anime Man.

Ploo used VALORANT’s beta phase to make a name for herself in the streaming scene. With crispy gunplay and a pretty face, this Korean-American streamer was even picked up by international gaming org Gen.G to be part of their content creation crew. She constantly averages at least 2,000 viewers a stream and her popularity on Twitch isn’t going to slow down anytime soon. Fun fact: Ploo is actually one of the best friends of Jessica Kim, a fellow Gen.G content creator and fellow VALORANT streamer known for her cracked aim.

With everyone stuck at home, Jinnytty’s IRL, travel vlog, and Just Chatting streams is just a perfect remedy for everyone during this pandemic. Jinny actually started off with a YouTube channel back in 2017 and has since spread her wings to Twitch where she holds 624k followers.

Born and raised in South Korea, Jinnytty also holds an American citizenship and is using her powerful passports to full potential with how much traveling she is doing. Her charm and personality shines through in her streams as she finds herself in very interesting scenarios all over the world.

A Wide Open World for Video Games in 2021 and Beyond

Get More Diamonds With Our Wallet Codes Malaysia Sale! Some of the best games are reserved for the holidays!   The holidays this year ...
By Arven
December 17, 2021 6 Of The Most Valuable Game Developers In 2021

These are some legendary names!   Some of the most memorable games we’ve ever played ...
By Arven
November 12, 2021