Let’s talk about the Roblox Games You Need to Play. Making the most of your blocky adventure.

Roblox is a somewhat unorthodox video game. Many people often make the mistake of thinking Roblox is simply a Minecraft knockoff but nothing could be further from the truth. In the first place, it would be completely impossible for Roblox to copy Minecraft because it precedes the Swedish crafting game by at least five years. Roblox was officially released on PC in 2006 after an extended production history while Minecraft was only officially released in November of 2011.

It’s not hard to see why a lot of people mistake Roblox for a Minecraft clone. Both games focus on open-world exploration and rely heavily on the player’s creativity and survival instincts. Roblox sets itself apart by being a game development platform that allows skilled players to create their very own games within the game’s engine. Roblox developers reportedly make as much as 50,000 USD a month off of their creations.

There is an abundance of player-made content that tons of players are playing online. We took a look at some of the most famous Roblox games to figure out which ones you need to try if you’re new to the title or are just looking for a brand new adventure. Jailbreak is the closest approximation of a GTA Online experience that Roblox has to offer. Players kick off by choosing one of two roles, Police or Criminal. The entire game is a cat-and-mouse affair with armed Police Officers trying to thwart the attempts of Criminals to break free of the jail. The game is still only in beta but it has already shown promising gameplay that has a lot of players engaged and coming back for more. I’m Back! Noob To Master In Anime Fighters Simulator Roblox

It would seem that not even Roblox is safe from Anime fans. Anime Fighting Simulator lets players don the mantle of their favorite Anime characters and engage in battle with one another. Hone your skills and play through exciting quests as you fight for the top. Do you want a Roblox experience that makes use of your amazing sneaking skills? Thief Simulator sees the player start off as common muggers to high-level heisters. You collect cash by shaking down the common NPCs and stealing expensive loot. The game also has built-in progression systems where you unlock new houses and targets as you continue on your journey to becoming the best thief in the game. I pretended to have aimbot.. (Roblox Arsenal)

Did you think a cute and blocky title for games would be safe from the FPS genre? There’s a reason why the shooter genre is one of the most successful in the world of video games. Arsenal is Roblox’s take on classic run-and-gun games that people have enjoyed for years. Arsenal has its players facing off against each other in massive deathmatches with zany weapons. 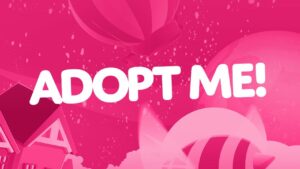 How To Get Rich In Adopt Me FAST! | Adopt Me Pro Tips

If you want to have a pet of your own but for some reason find it impossible to do so in real life, this last game might be the one for you. ”Adopt Me!” is a pet-owning simulator-based entirely inside the Roblox engine. Players can build and decorate their own homes as they place in preparation for a new pet friend. You can also trade animals with other players to get your perfect dream pet. The developers behind Adopt Me regularly update the game. This means that there will always be new stuff to enjoy for loyal players.

Roblox is absolutely free-to-play but it offers players chances to use in-game currency to buy nifty items or premium membership. There’s absolutely nothing stopping you from trying out any of these games on the list. If you’re looking for a new video game adventure, this is your literal call to adventure. Good luck and have fun! How to Use Robux Wisely  A constant battle between value and cost. Roblox gives its ...
By Don Vicente
June 28, 2022